Established in Sydney Australia over 30 years ago Bothar Boring & Tunnelling are the original founding company of the Bothar Group of Companies (Group). The company initially commenced constructing with Bothar Built Auger Boring Machines executing various infrastructure crossings and within a few years were also constructing using Bothar Built Tunnel Boring Machines. Within twenty years of startup Bothar Boring & Tunnelling had established a number of offices throughout Australia and had become one of Australia’s most skilled and diverse providers of tunnelling solutions to the local market place.

In 2010, Bothar Boring & Tunnelling expanded into the Middle East where they also added microtunnelling methods as a construction technique with the extremely successful completion of high profile microtunnelled sewer and cable tunnel projects in Kuwait and Abu Dhabi, the United Arab Emirates. Bothar Boring & Tunnelling have continued to expand its operational base in the Middle East and are widely recognised as a reliable contractor. They are now a major player in the Qatari market where they have successfully delivered numerous high profile projects and have set new production standards for the industry sector.

Bothar Boring & Tunnelling’s commitment to innovation in the pioneering of new technology is demonstrated through its investment in research and development and the exceptional results that are achieved in the field with this in house technology. The company’s extensive Bothar Built fleet of Tunnel Boring Machines which are designed and manufactured in house are continually reviewed for potential performance improvement or to solve a particular client construction issue.

Bothar Boring & Tunnelling have developed the enviable reputation of being a “can do” contractor renowned for the successful delivery of difficult projects whilst maintaining excellent safety standards, quality, efficiency and reliability. These strengths coupled with an in-depth understanding of the unique challenges of each project have helped Bothar Boring & Tunnelling to leverage its current status as a market leading, innovative multinational tunnelling contractor. 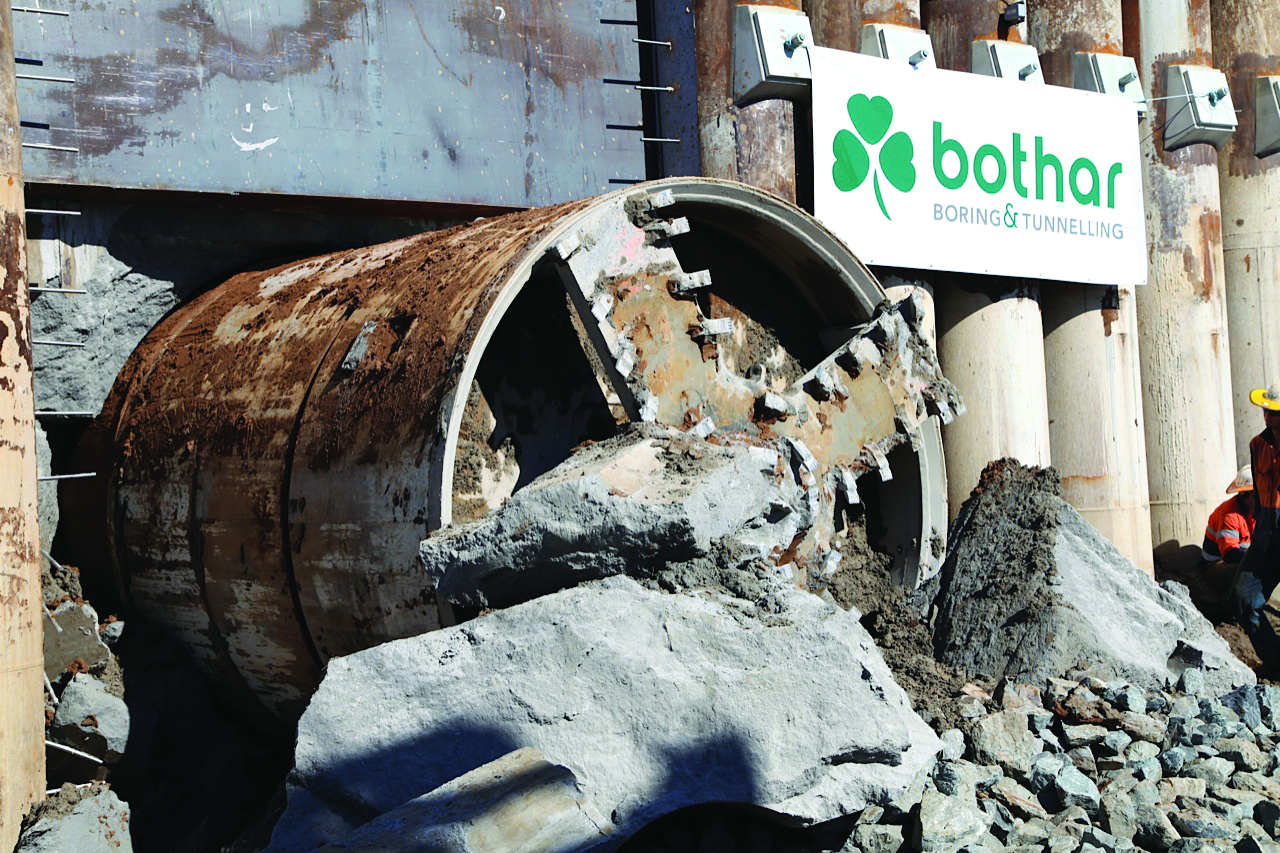